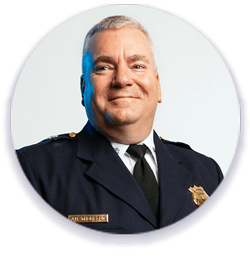 Our mission is to collaborate with the community to prevent crime, promote safety and enhance quality of life.
- Chief J.H. Thompson

The Greenville Police Department embraces a policing philosophy that incorporates targeted enforcement strategies with prevention and intervention efforts to reduce the opportunity for crime to occur. This community-oriented approach to policing relies on building and maintaining trusting relationships with residents, businesses, schools and organizations, and the goal is for all citizens to share responsibility in making Greenville a safe community. Elements of community engagement, collaboration and problem-solving are woven throughout every aspect of the Greenville Police Department, which employs a variety of strategies to ensure that the community is an influential partner in preventing crime, promoting safety and improving the quality of life for all residents in our city.

Meet some of the officers who are working to strengthen community-police partnerships and create positive change in our city. Ready to apply? Click here to learn how.

Beiing a police officer was just a faint idea as a child. I never planned to pursue a career in law enforcement. My 8-year-old son and 3 year-old daughter are the reason I do this job, and they are proud that I'm a police officer.

Before joining the Greenville Police Department, Officer Lonzo Sales, Jr. was a robotics technician at the BMW plant in Spartanburg. When he began thinking seriously about making a career change, Officer Sales decided to apply to the Greenville Police Department because he grew up in Greenville and wanted to make a positive impact on his community. A year and a half later, in addition to a sense of purpose, Officer Sales says he has found a home at GPD and a career he loves. When he’s off-duty, Officer Sales enjoys boxing, going to the gym and spending time with his children. 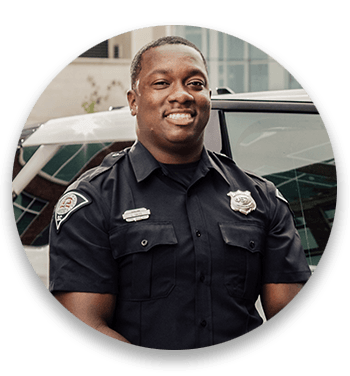 I knew I wanted to pursue a career in law enforcement after interning with a local police department while I was in college. Now, I have a constant partner in my K9, Saber, and enjoy serving the citzens of Greenville with him by my side.

K9 Officer Nicole Burrell has been with the Greenville Police Department for four and a half years and has earned a master’s degree since joining the department. 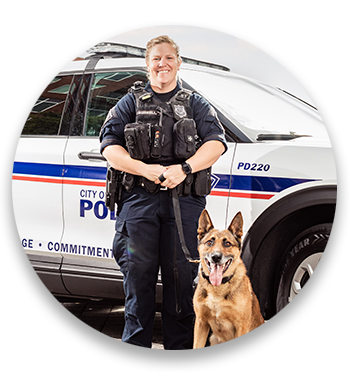 I submitted my application on my 21st birthday, and in my time here, I've become a member of the Honor Guard, which allows me to travel for different events, and the Bicycle Crowd Management Team, and received my certification to operate motorcycles for GPD in different capacities.

Master Patrol Officer Rachel Hall, a 13-year veteran of the Greenville Police Department, always knew she wanted a career that would challenge her and became interested in law enforcement as a teenager. While earning her associate’s degree in criminal justice, she worked for a packing company and in retail until she was old enough to apply to the Greenville Police Department. Officer Hall currently works in the Community Outreach Division, where she coordinates the department’s crime prevention and community engagement efforts throughout the city. In her time off, she enjoys spending time outdoors, playing with her dogs, watching baseball and listening to live music. 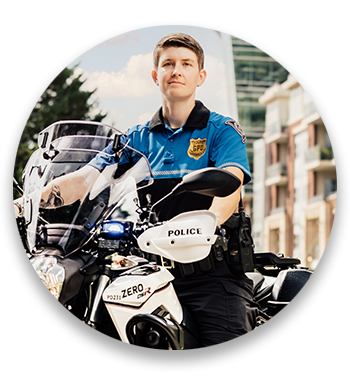 I grew up in subsidized housing with an abusive, drug-addicted father. As a child, I respected law enforcement and relied on police officers as a safe haven, but I never saw myself as one. As a single mother, this has been a difficult change at times, but overall, I am a happier person. I have more time for my daughter and more freedom to attend an event or something special for her. I also cerieve tuition reimbursement, which is allowing me to finish my degree.

Law enforcement was never a dream of Officer Zuri Gebert’s. When her daughter was born, Officer Gebert left college, where she was pursuing a degree in elementary education. She later went to work at a private firm owned by a retired detective and decided to go back to school to earn a degree in criminal justice. Her plan was to become a private investigator, but during an internship with a local law enforcement agency, she discovered what she was meant to do. Officer Gebert is now a Uniform Patrol Officer and has been with the Greenville Police Department for three years. 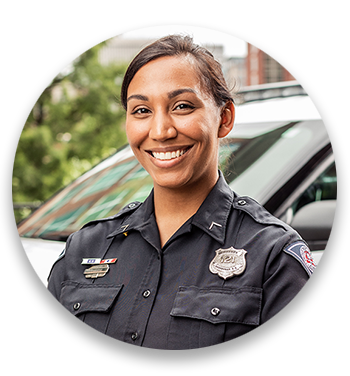 As a child, I always looked up to the men and women in blue and knew if I ever needed help, they would save the day. Over the past two years, I've been honored to work alongside so many great officers every day and hope that I've provided that same comfort and sense of security I felt growing up to the children in our community.

Officer Zackery Kim knew from a young age that he wanted to be in law enforcement. After graduating from Charleston Southern University, Officer Kim began his law enforcement career as an agent with the SC Department of Probation, Parole and Pardon Services. After working in the Greenville area for two years, he felt called to join the ranks of the Greenville Police Department. 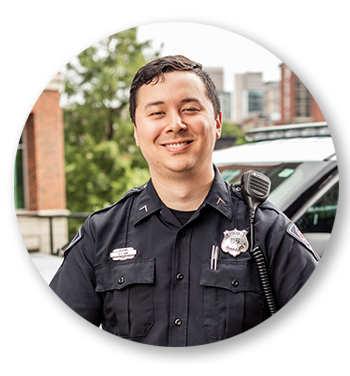